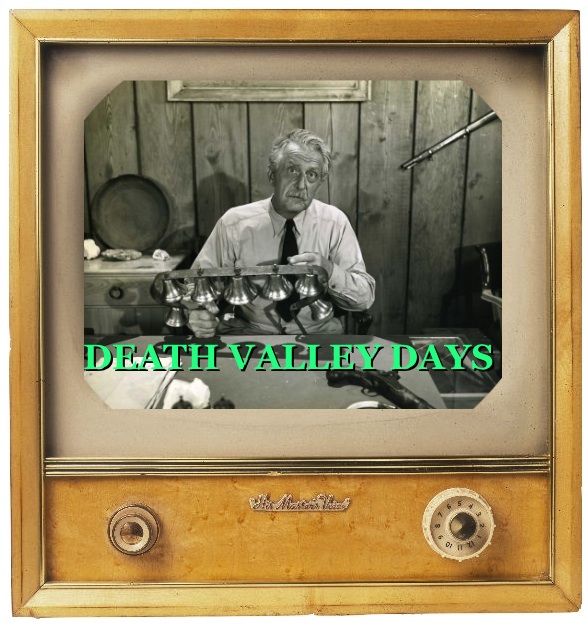 This series shows many times focus on the Death Valley area. Created in 1930 by Ruth Woodman this program was broadcast on radio until 1945 and continued from 1952 to 1970 as a syndicated television series, with reruns continuing through August 1, 1975.
The series was sponsored by the Pacific Coast Borax Company (20 Mule Team Borax, Boraxo) and hosted by Stanley Andrews (1952-1963), Ronald Reagan, Robert Taylor, Dale Robertson, John Payne, Will Rogers Jr., Ray Milland, Rory Calhoun and Merle Haggard. This wonderful western series has 451 episodes.