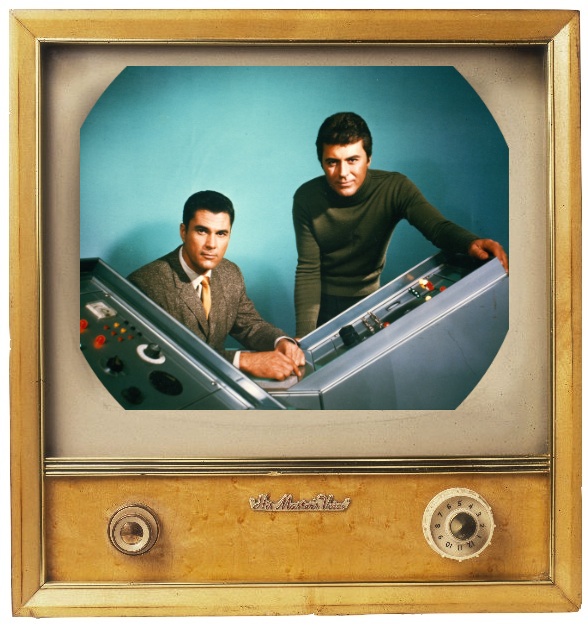 A science fiction series about a US research project stationed beneath the Arizona desert scientists use their a time machine to project man to any given point in time and two scientists are lost in time trying to be rescued by the time tunnel team.
Time Tunnel Online – Rendezvous with yesterday. From 1966 Dr. Tony Newman is stunned to have successfully survived a trip through the Time Tunnel but that survival may be short lived when he realizes he’s landed aboard the Titanic!
Created by Irwin Allen
Starring James Darren
Robert Colbert
Whit Bissell
John Zaremba
Lee Meriwether
Country of origin United States
No. of episodes 30
SOME EPISODES MAY BE AVAILABLE ON MOVIESWEBTV.COM