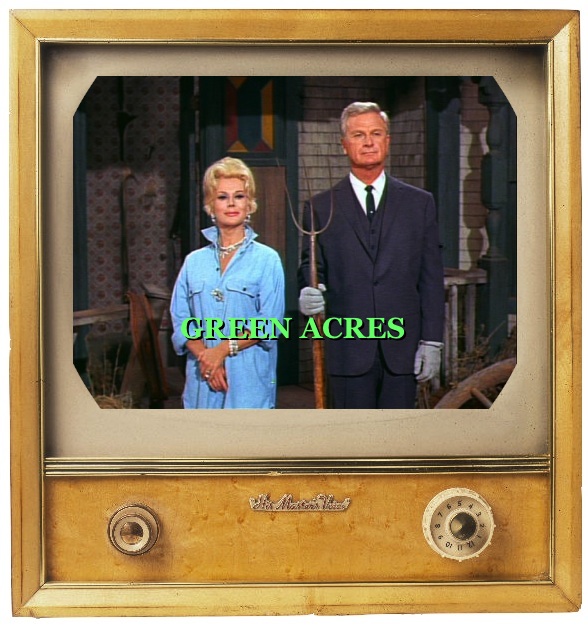 Green Acres stars Eddie Albert and Eva Gabor as a couple who move from New York City to a country farm. Produced by Filmways as a sister show to Petticoat Junction first broadcast on CBS, from September 15, 1965, to April 27, 1971.

Receiving solid ratings during its six-year run this is one of the shows that was cancelled in 1971 as part of the “rural purge” by CBS. The sitcom has been in syndication and is available in DVD and VHS releases. In 1997 the two-part episode “A Star Named Arnold is Born” was ranked #59 on TV Guide’s 100 Greatest. This is a wonderful well written comedy! If you have never seen this series you owe it to yourself to watch this show! After just a few episodes you will be hooked!